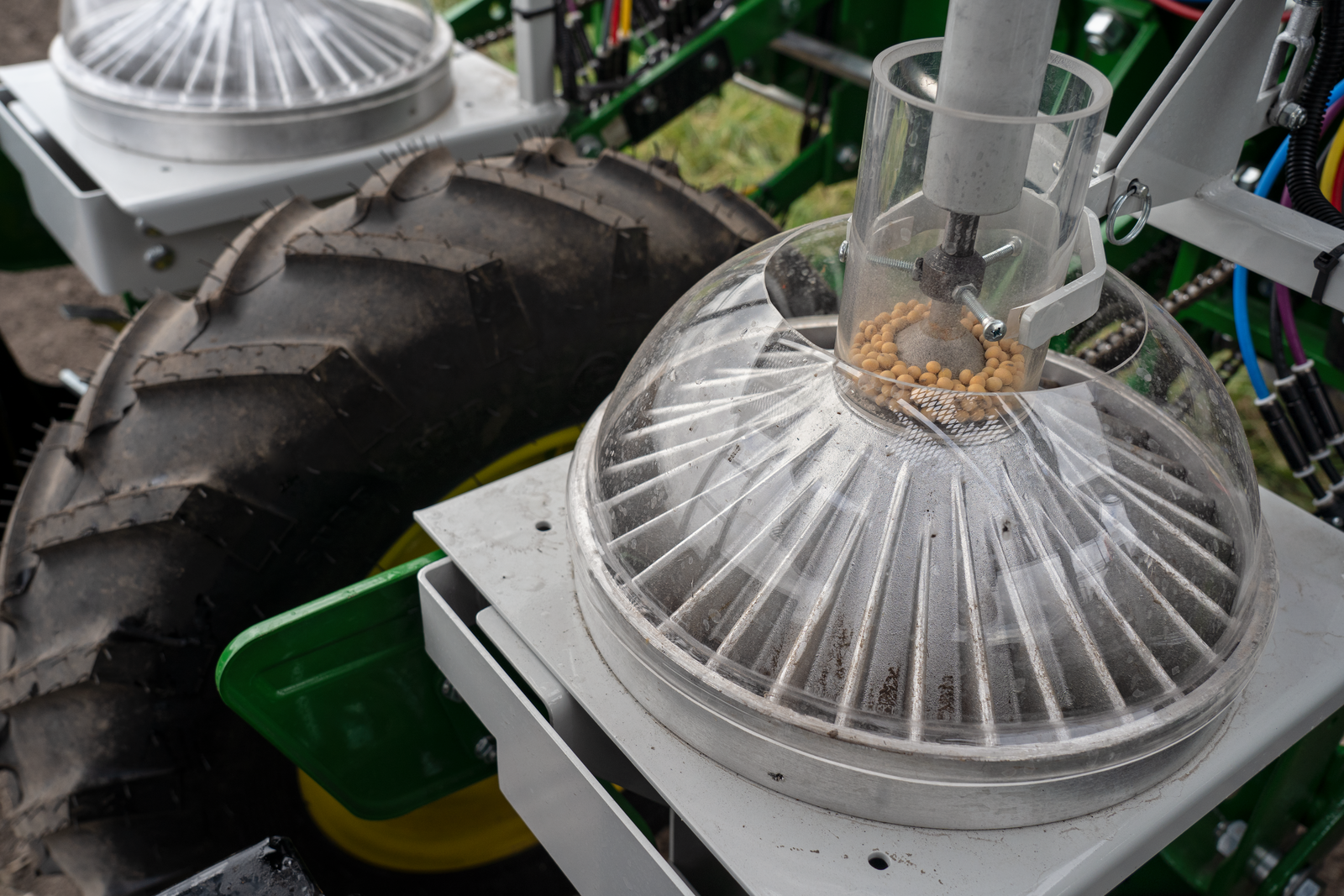 HarvestMaster™ has worked closely with customers to create field data collection software that best serves their research and operation needs. Mirus™ allows researchers to collect and store data in an organized way. Mirus alone can enhance a researcher’s data-collecting experience. With plugins, your efficiency and thoroughness are taken to the next level. Because we have a wide range of customers, we didn’t want to complicate Mirus with functions that our users wouldn’t need. So, we created plugins, allowing you to create software that will meet your needs without cluttering your experience.

A CLOSER LOOK AT THE CONE PLANTER

The Cone Planter plugin demonstrates how Mirus can be useful for users during more than just the harvesting season. This plugin controls cone-style seeders using GPS for more accurate and fast-paced planting. HarvestMaster offers a simplified setup process, but users will need a Cone Seeder and a GPS receiver to get started.

The Cone Planter plugin can control up to three actuators used to control the cone, staging, and alley marking. Human error and mechanical malfunctions are eliminated when users add these additional actuators to their setup.

Having this much control over the planting process prevents seed loss and amplifies a researcher’s time through automation. Along with these features, the plugin also records GPS coordinates at the time of planting. This makes it easier to keep track of varieties during the growing and harvest seasons with maps generated during the planting process and can then be exported and used later. These maps are better than what users create on their own because they have GPS coordinates embedded in them. If a researcher wants to take a closer look at a specific plot, navigation is easier than ever using Mirus.

At HarvestMaster, we know time and accuracy are everything. Time saved setting up maps or collecting and double-checking data can be used to analyze data and come to conclusions faster than your competitors. Those things are only possible if users have the best technology and equipment available. Mirus gives users that edge over their competitors and its plugins offer users a more all-in-one solution. The Cone Planter isn’t the only plugin Mirus has available. Check out our other plugins to find out what works best for you.