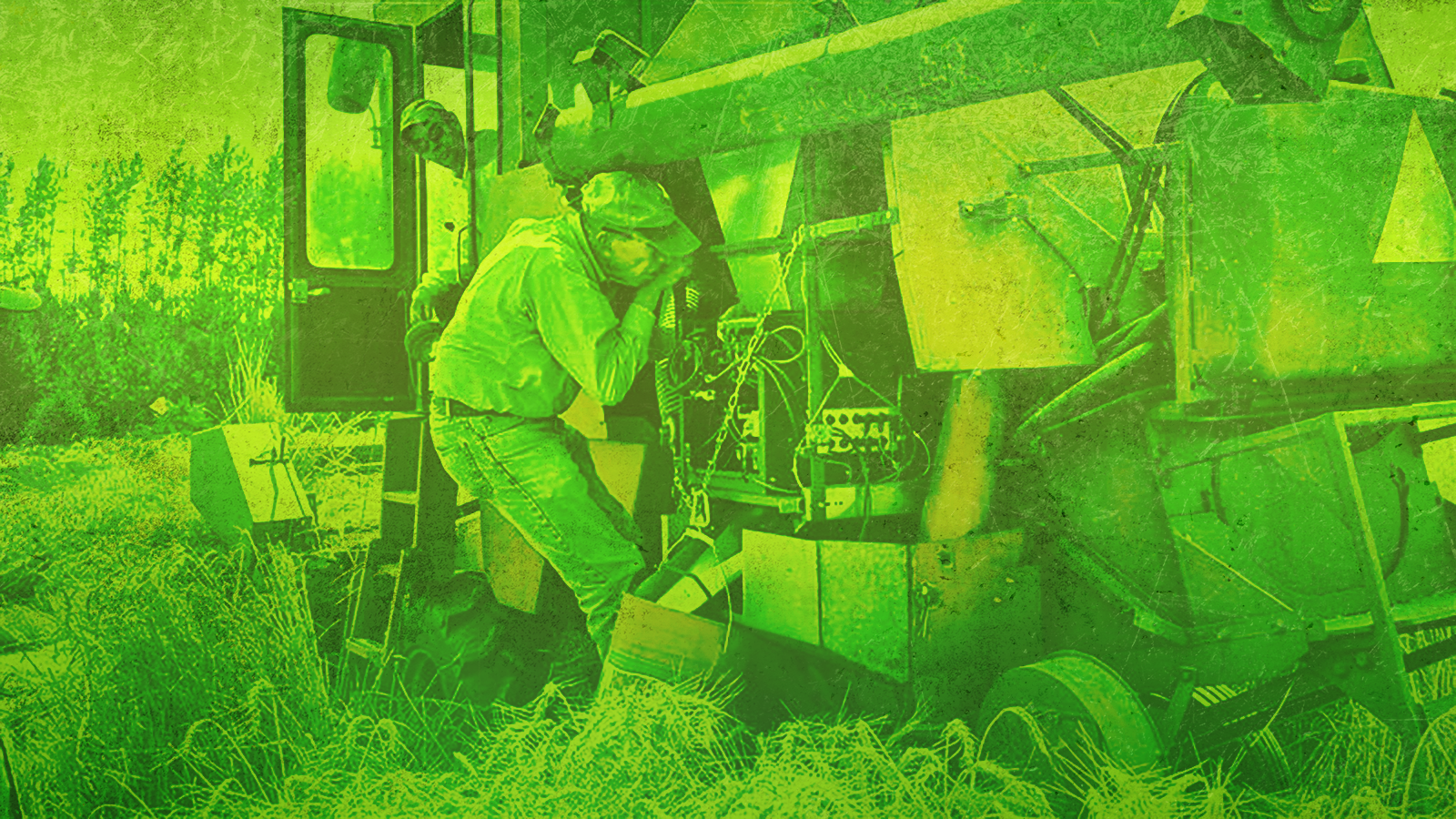 HarvestMaster™ has been serving seed researchers for over 25 years. Specializing in agricultural research technology, HarvestMaster brings high-quality electronic data recording devices and software to researchers everywhere. Since the creation of HarvestMaster’s first portable handheld field computer, the Polycorder, we have strived to make data collection easier for researchers. The Polycorder led to the creation of the GrainGage™, allowing researchers to have on-combine data collection that saved them time and money.  Our mission is to deliver innovative first-class products to our customers. We now support over 1000 customers all across the world. To be more connected with our users we are launching a blog to keep customers up-to-date on all things HarvestMaster.

Although founded in 1993, the story of HarvestMaster begins long before that.  Founder Ron Campbell split his time as a child between Utah, where he lived, and Idaho, where he and his brothers worked on their family farm. With a strong background in agriculture and a passion for science that formed during college, HarvestMaster was a natural extension of himself.

HarvestMaster’s history is full of talented passionate people who came together wanting to provide researchers with leading-edge technology that would make their work easier. The work we do today is in large part inspired by the dedication from those that came before us.

“The people around me are what really made HarvestMaster work, I don’t know how it would have turned out without all of them,” Campbell said. “I feel lucky to have been able to work with so many dedicated people who really care about what they’re doing.”

Sterling Taylor, one of Ron’s college professors mentored him and the other Campbell brothers, introducing them to data collecting software they hadn’t known existed, fostering Ron’s interest in agriculture research. While Ron’s brothers focused more on meteorology instruments, founding Campbell Scientific (a sister company to HarvestMaster and Juniper Systems) Ron continued working with those in the agriculture and forestry sectors, specializing in the creation of seed measurement devices and durable handheld data collectors.

Innovating advanced technology is a huge motivation for Ron, but it isn’t the only thing that matters. It was important to Ron from the beginning that HarvestMaster be a value-driven company. Not only do we want to provide you with products that last, but relationships as well. We have Company Maxims that influence the choices we make each day. We take pride in these maxims and hope they give our customers a better idea of what drives us as a company.

Although HarvestMaster was founded over 25 years ago and Ron has since retired, he couldn’t stay away. Ron still works at HarvestMaster, spending his time working on new projects as a product development engineer.

YOU ASK, WE CREATE

HarvestMaster is all about our users. The invention of the Polycorder came about as a response to researchers at the U.S. Water Conservation Lab who wanted to know if Ron and his partner could build a handheld computer that weighed less than the 10-pound one they were currently using. They put their minds to it and created a device that was significantly smaller but just as accurate, and the journey of HarvestMaster began.

That same attitude has stayed with HarvestMaster since the beginning. HarvestMaster strives to develop relevant hardware and software that can be tailored to a specific researcher’s needs. We developed the GrainGages by attaching our sensors to the bucket on a combine to help growers better compare yield among varieties. Our GrainGages now come in three different models to better accommodate your equipment and crop. Our data collecting software, Mirus™, can be tailored to researchers to add a combination of plugin options to better serve their specific needs. These plugins were created in response to specially customized requests from customers that were then made readily available to anyone. When developing a product, HarvestMaster focuses on the needs of the user.

Addressing these needs has revolutionized the seed industry. Before the GrainGage, growers either wasted valuable time gathering and validating semi-accurate data, or more often, found inconclusive results and not being able to introduce varieties to market. The first GrainGage, though rudimentary, transformed the work researchers were able to do and the industry would not be the same without it. The equipment HarvestMaster provides allows breeders to find successful varieties faster because researchers can collect data in a faster, more accurate, more organized fashion. Allowing researchers to make better decisions for their crops.

Don’t Miss Any of Our Updates

We are launching this blog to help researchers make the best choice when the time comes to choose the best research tools on the market. We know that equipment that doesn’t measure up can cost you valuable time and money that could have been spent elsewhere, our goal is to prevent that from happening.  HarvestMaster hopes that this blog gives you a more in-depth look at our products and services as well as who we are as a company. Make sure you are subscribed to the blog so you never miss a post.